This week I'm taking part in Not Quite June Cleaver's baking challenge. This week the challenge was Smores Cupcakes. 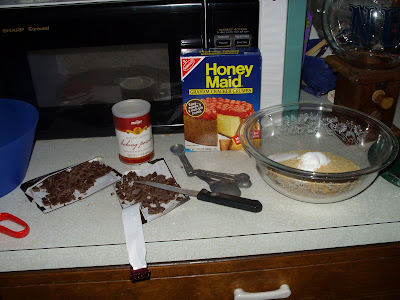 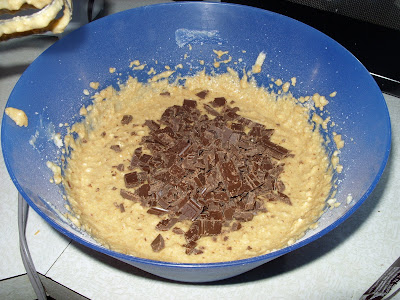 The cupcakes come out flat, but that doesn't matter. 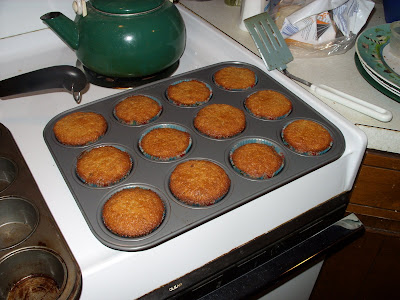 My second attempt at the frosting. My first attempt failed miserably. I think it may be because I got some egg yolk in the frosting. I also used the corn syrup the first time and tried the cream of tarter the second time. Whatever the case, the second time it turned out just right. 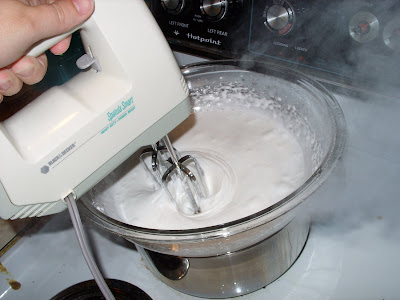 You don't have to have a double boiler. A bowl on top of a pan of boiling water works just fine. 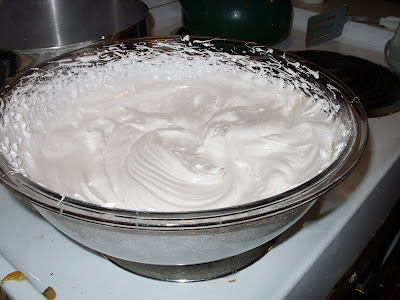 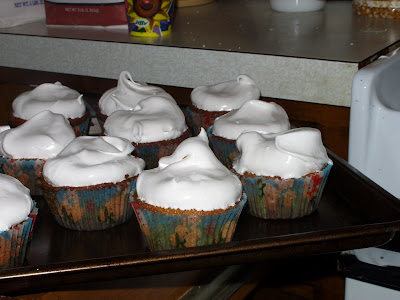 Toasting the top of the cupcakes. Tim used his propane torch. 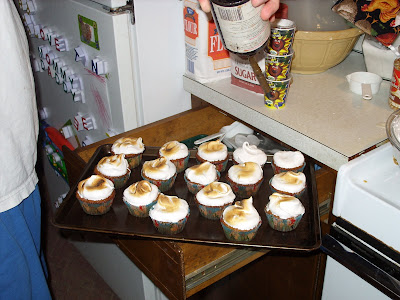 The best part was watching some of them smoke or catch on fire. Just like real smores! 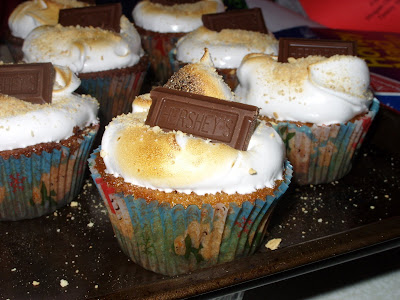 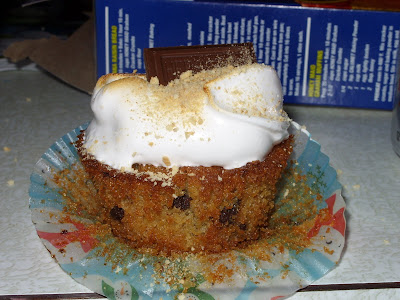 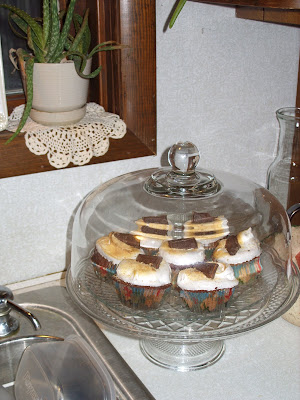 Looks very tasty! Are there any left? haha

What's on your cupcake liners? They look like they're very cute.

LOVELY! Got your name in the jar!

Kath- They are snowmen. :) Only took me 2 years to answer!