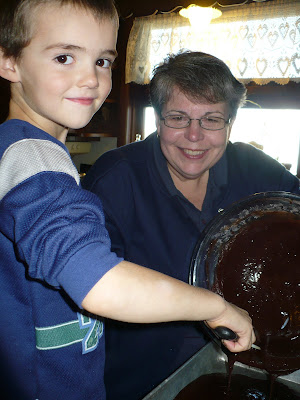 My mom came over and made brownies with Isaiah for the party. He invited her to come to the party, but grandpa can't stay out that late. :) 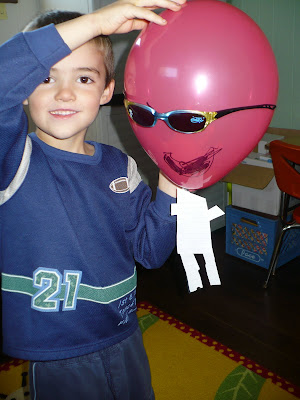 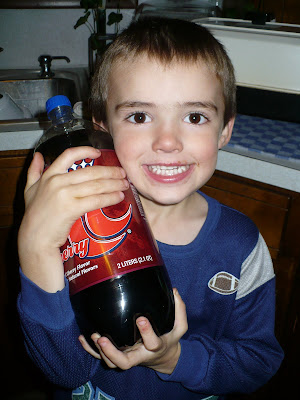 The pop! And chocolate on his face. 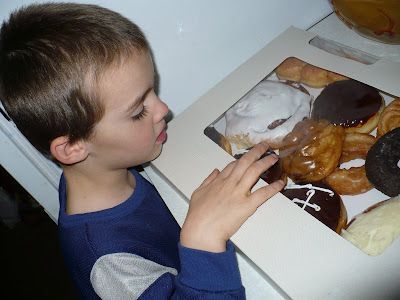 Isaiah checks out the donuts we bought for breakfast (OK, and the night before). 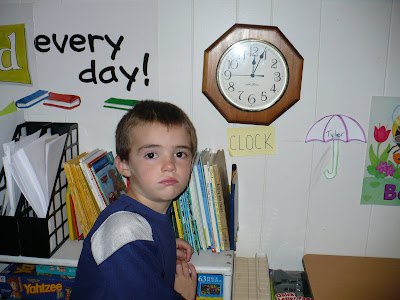 He did make it till midnight. He watched movies on the computer and played on Lego.com. He smiled for me after this picture was taken, but he was getting pretty tired.

Adorable, he is such a cutie! It is nice to have a special night just for him!

Wow! He'll want them to go away more often now.