**Edited: Since several of you have told me you might make these, I thought of one other thing I'd do if I tried it again. I would put rocks or something heavy in my inner cup while freezing it. I would have liked the candles to be farther down in the ice, and while freezing, the cups moved up some.
Last week we made luminaries out of 2 liter bottles, a plastic cup, some tape, water, and pine branches. First you tape the cup inside the cut off two liter bottle. Then you shove pine branches (or any other object you want- think berries, leaves, sticks, anything) down between the two. 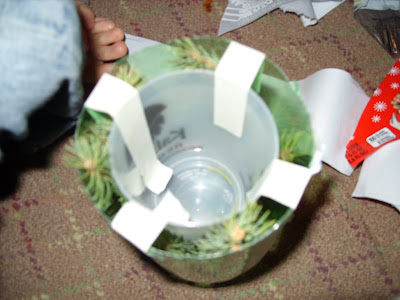 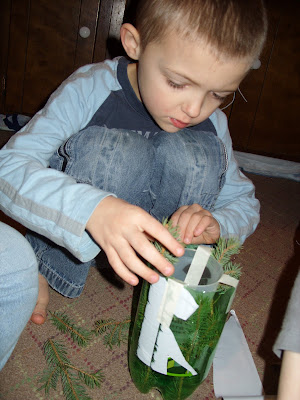 Fill the area between the two with water and freeze (either outside or inside- we did ours in the freezer). 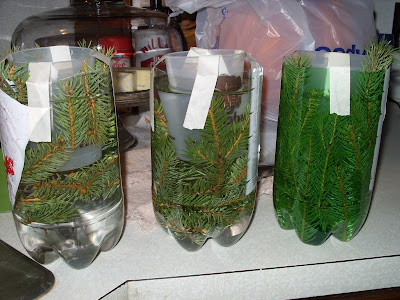 Run hot water around the outside of your bottle and slide the luminary out. This was a little harder than I thought it would be. I think if I did it again, I would try spraying the bottle w/ Pam before making the craft. Take your taped cup out of the luminary. Place a votive candle in that hole. Light candles outside and... 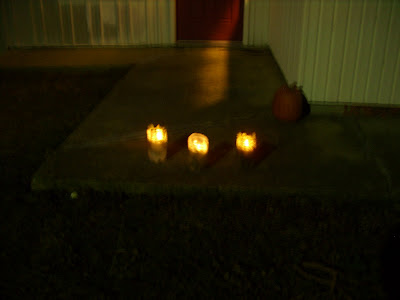 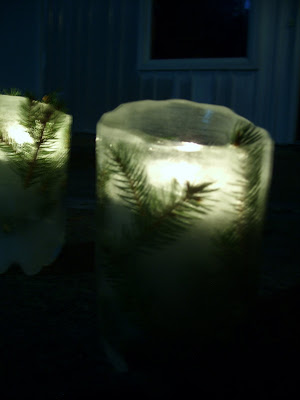 ( Idea came from "The Christmas Book" by Jane Bull)
Posted by Lura at 8:26 PM

very cool! I think we'll try that one.

Cool! We made these today too. They are still freezing.