Several weeks before Christmas, the boys received a package from "The North Pole" (which is apparently very close to the state of Washington). We had to wait until Christmas morning to open it. 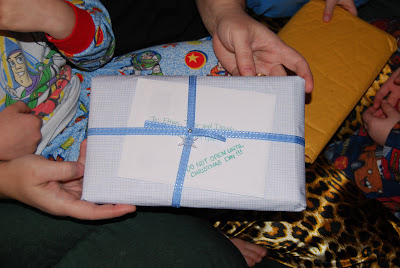 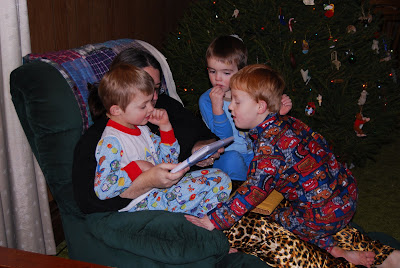 This is Tyler when I told him who it was from. Shortly after that he said "see, Mom, I told you he was real!". 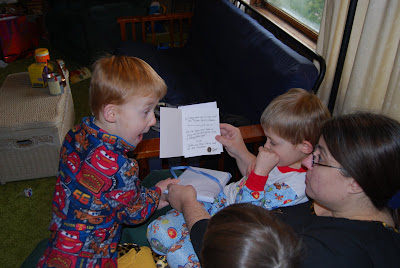 It appears that Santa reads my blog and he listened to those videos where the boys listed what they wanted for Christmas. Tyler asked for stickers. Actually I think he asked for "stickers, STICKERS, STICKERS!!!". 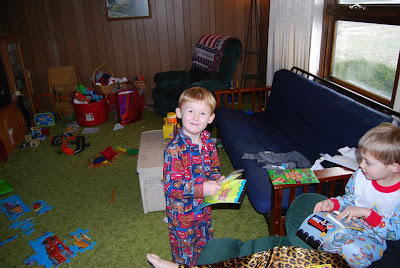 And that is what he received. There were literally thousands of stickers in that package. Thank you Santa!

oh how sweet!! he looks so happy!!

My neice Frances believes that Santa does not visit her b/c her father does not believe, but she can get a stocking at grandparents (my parents) b/c grandpa does believe! Kids are funny.

Hi Lura!
Thanks for stopping by. I can't wait to read your blog and get to know ya!

aww that was nice of Santa