Last night we took the boys to Matthew's church for their "Back to Bethlehem" evening. They had little shops, a tax collector, beggars, crafts, and people dressed like they did 2,000 years ago. As I was putting our coats away, Ethan threw up on Tim's shoe. There was no warning and he had been acting fine. We figured that it was a fluke and went on to look at some more of the things. After he finished making an angel, he threw up again, on me. Ahhh the joys of parenthood. He threw up again a couple of times after we got home, but appeared fine after each time - even laughing and bouncing around shortly after each episode. I think it's probably just a bug that is going around.
Here are some pictures from last night- the part we did get to stay for. 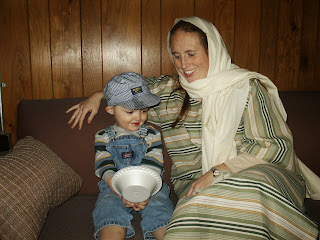 Ethan and Aunt Lynden after the first "episode" 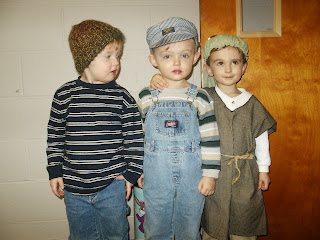 The boys with Lochlyn 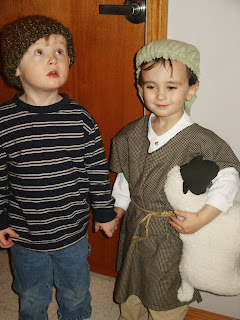 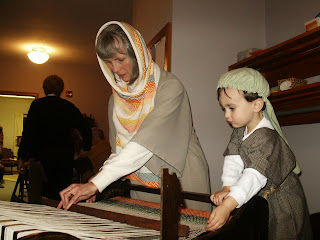 Lochlyn and his grandma weaving

Boy, do I feel guilty. Well, not too much but I am sorry that Ethan is sick. We have 2 grumpy sick boys too but just colds.

How fun! It looks like Lochlyn really enjoyed himself that night. He looks so cute in his outfit!