On Friday, the boys and I went to a church rummage sale. As we were leaving, Tyler tells me that he has a loose tooth. I was a bit skeptical, but felt it anyways. It was really loose! He played with it for the rest of the afternoon, and finally it was just hanging there. I asked him if I could pull it out for him and he said OK. He was so brave! I barely had to move it and it popped right out. 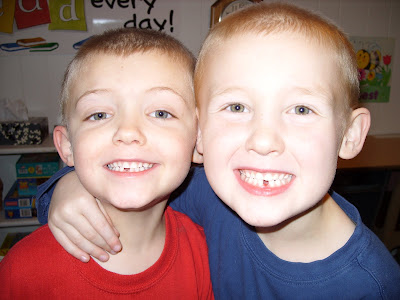 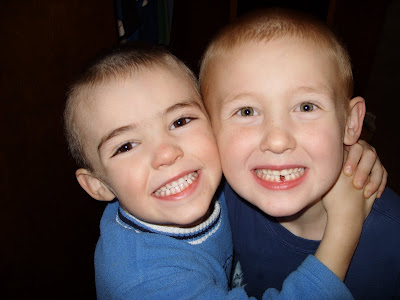 Happy little brother.
Isaiah told Tim the other night that he "has a loose tooth too, but it just doesn't move yet". Ha ha. He is so desperate to catch up to his big brothers!