Friday Free and 40 on Monday

On Thursday before I went grocery shopping, I stopped at my friend, Barb's house to see the new addition on her house. While I was there, she filled me up on chocolate chip cookies and then sent me with some apple crisp to go. I had mentioned to her husband that I was going to make some salsa and he offered me some peppers from their garden. Well, a couple of peppers turned into a whole lot of peppers and tomatoes. There were several different varieties of each. Here, Spot checks them out. 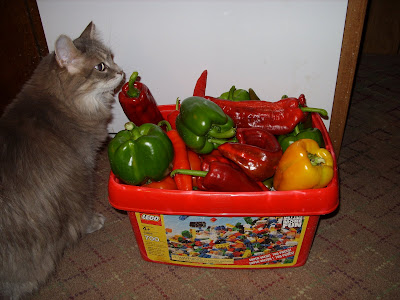 Free food #2 was a bag of shredded cheese from my friend, Kathy, at work. She had ordered Skyline chili and gotten two large bags of cheese( there was at least a cup of cheese in the bag). When she offered me one, I was quick to snatch it up. She also gave me a bag of oyster crackers, but I ate those at work. 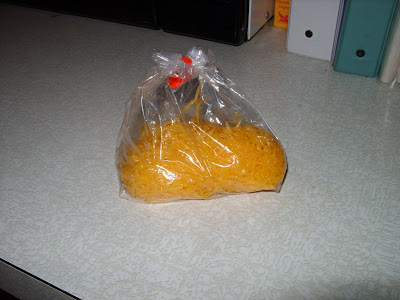 And here is my shopping from last week. Grand Total $42.16. I really try to keep it to $40 which meant that I let some things I had on this weeks list move to next weeks list. Like dishwasher detergent. It is not a necessity and dishes can (and have been) washed by hand. We have also made it without paper towels and the one that was left on Thursday is still hanging there, so I think we'll make it. 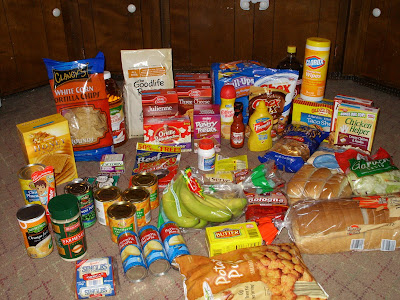 I can't believe you can do your shopping that cheap. I spend over $100 when i run to the store for the few things I forget. you are really good!