Well, I don't have any pictures, but we spent the first 3 or so hours at Walgreens and CVS getting deals. Then we went for a ride on the carousel. We rode together (well, at the same time not on the same horse) and then we each rode by ourselves so we could take pictures. 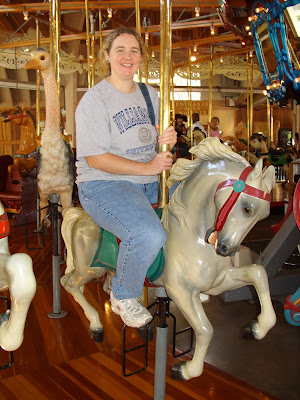 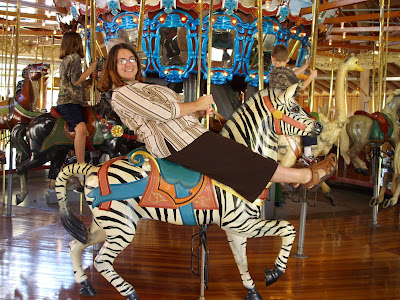 After the carousel, we went for lunch at a tea shop. I had a chai smoothie and Charity had some fruity tea. We also had mini bundt cakes. Mine was pumpkin and Charity's was Ghiradelli chocolate. We got one to go that was cinna-bundt. We tried to eat as cheaply as we could today (since we were all about getting deals). I had a $10 gift card for this place, so we only had to pay $2 or less. 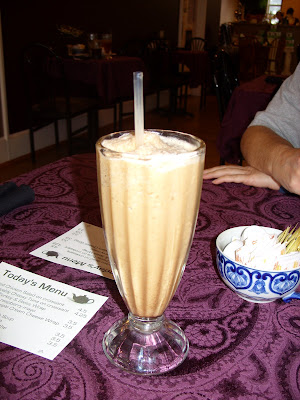 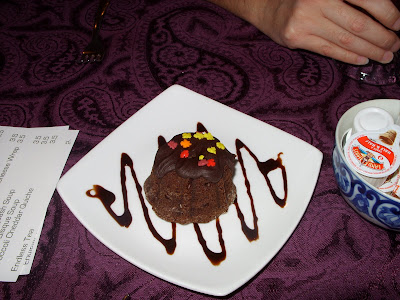 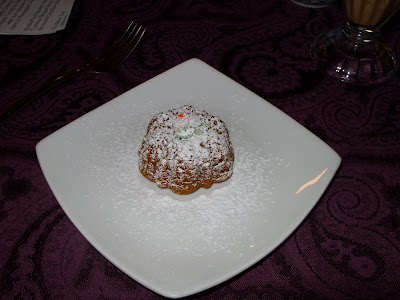 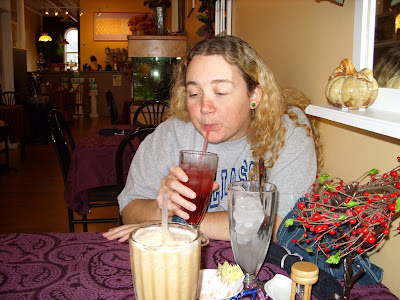 Charity had the all you could drink special and she took advantage of it! More pictures of our day and deals coming soon (by the way "soon" for me means anytime in the next 2 days).

you don't have to tell us what your soon means girlie. we already know.

Ahh, I love the pics!! I'm so glad you two got to have some girl time! That's always so much fun and it's sooo good for you! Love the pics and can't wait to hear about the deals!

Looks like fun. Those little bundts are very fancy!! Cute. Glad you had girl time. Can't wait to see more!

Yeah, that does sound like fun. It's great to be able to do that and only spend a couple bucks. I bet that made it even better!!!

It was a lot of fun!
The tea was SO good and after 3 or 4 glasses and a walk around town, I really had to use the bathroom! LOL ;)
My horse was a little wild. Lura's zebra liked to prance around a lot.