Tales From the Drift 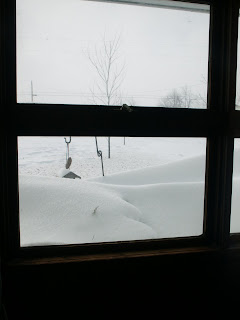 Looking out the front window. 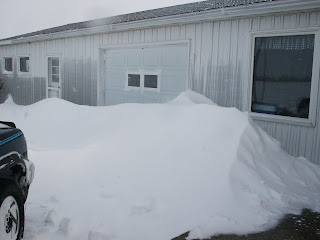 Drift in front of the garage door. 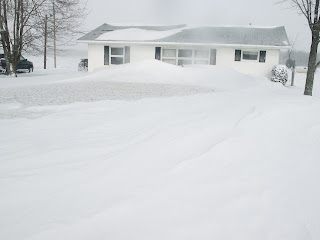 Drift in front of the house. 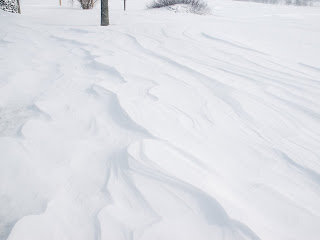 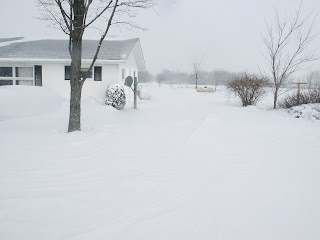 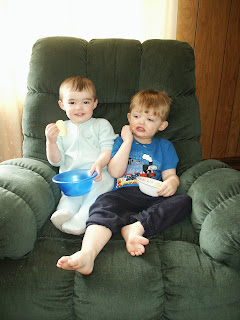 P.S. Tim attempted to leave for work today at about___ I think. He called me a little bit later and was stuck about 1 1/2 miles away. The snow was too deep for the four wheeler. He called his dad. His dad and a snow plow got him out. He came home and called work to say he wasn't going to make it in, and found out they had closed his work for the day.
Posted by Lura at 4:02 PM

Oh wow! Poor Tim! He should get paid a bonus for being so dedicated!!!! Glad he's okay.

I am glad they closed it. I know he hates calling in.

Oh that sucks!! You guys really have huge drifts, that is so cool.