I took these pictures between 10:30 and 11:00 am yesterday. I made it to work without having to drive through any water. Apparently the spot where I took this first picture was flooded earlier in the day, but had gone down by the time I got there. The intersection is to the left of the picture. 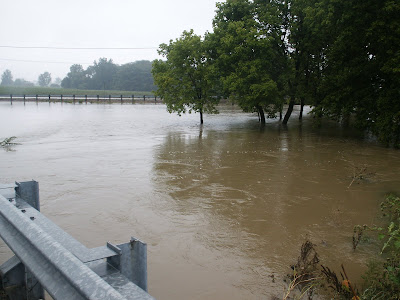 This is a look downtown. Several people were picked up by helicopter off of rooftops and a Dr. was taken by boat and then carried by a fireman so that he could get across to the other side of town where the hospital is. Several of my co workers could not make it into work because they live on the other side of town. They attempted to drive far enough north or south to get around it, but were unable to without going way out of their way. 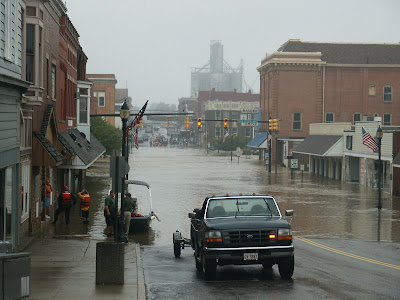 A grocery store in the background. 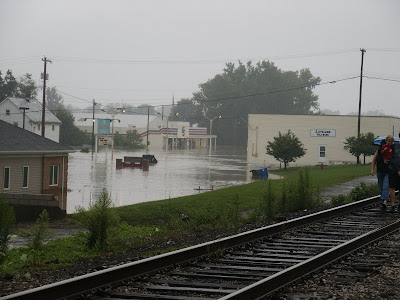 A local school due to start next Monday. My friend, Barb, had just taken her kids there for orientation the night before. The road goes to the left of the crosswalk sign and then over the bridge. After work there was no water and I drove on that road. 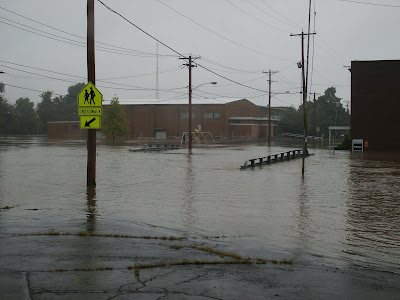 The football stadium. The bottom rows of the bleachers are underwater. 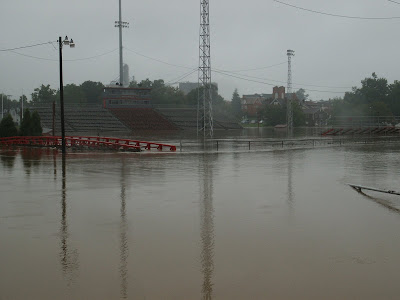 After work around 7:00-7:30 pm. The water had almost completely receded. 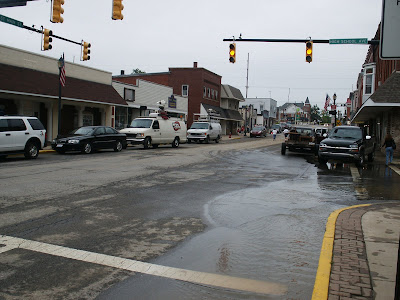 You can see on this wall how high the water was from the wet spots. 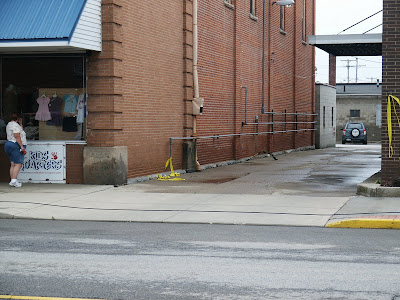 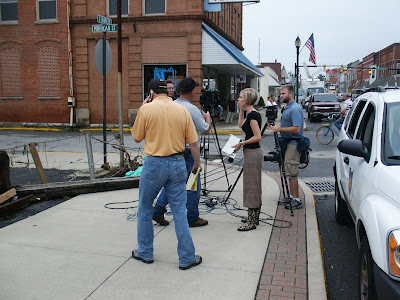 The little river that caused such a big fuss! 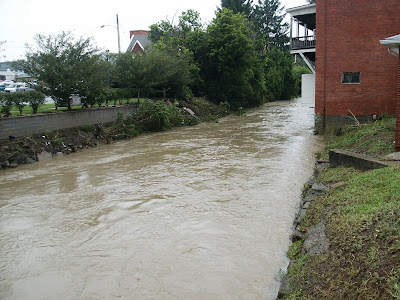 The local park. There is always a little trickle of water over this road, but nothing like this. 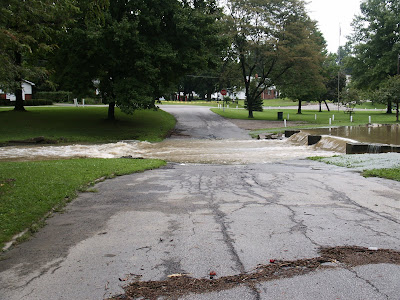 **Edited to add: I don't know why only the first picture will zoom in, but least you can get an idea of what happened.

whoa. that is terrible. did anyone actually die?

I wanted to zoom in on the news lady to see if we knew her!

WOW, those are amazing pictures........you should email them to your local news station. I am sooo glad that you were able to get to work and back home safe and sound!!! What a dedicated employee you are!!!

Your pictures make mine look like a puddle...and here we got all the rain and it all seemed to find places to go.

WOW I am glad the water receded quickly. I hope everything gets cleaned up quickly.